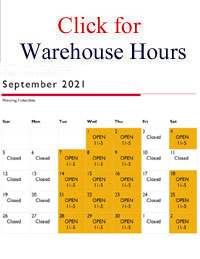 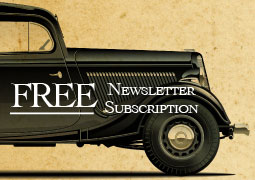 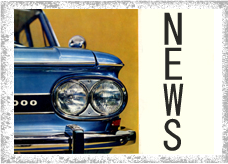 This is the full-service online division of Wilkinson's Automobilia.  Our retail store has been in continuous operation since October 1988, and eAutomobilia was launched in October 2000.  In 2015 we moved our operations to 2006 Main Street at 4th Ave in Vancouver.. Operating as a store/warehouse, we are primarily an online store, but offer the convenience and invitation for customers to pop in to pick up orders and browse around at what’s on the shelves.  However, we do not have regular customer hours so please check our calendar for up to date open days and hours.

You can find both new and used items in our store, and there is fresh (and sometimes musty) stock arriving daily.  It is the only online store of its kind in British Columbia, and carries one of the largest diversity of automotive collectibles in North America.  Wilkinson's Automobilia/eAutomobilia has it all:  Scale model cars, books, shop manuals, posters, art work, vintage magazines, as well as pins, clothing  and caps.  In addition to this, you can also find some more unusual items that would round off even the most avid enthusiasts collection.

Our goal is simply to provide you with the broadest selection of  automotive, racing and mortorcycle literature and collectibles anywhere.  We also aim to set new standards of excellence in customer service with state-of-the-art product searchablility, super-secure online shopping and ordering, and a dedicated staff of real car and bike enthusiasts devoted to sharing your passion. 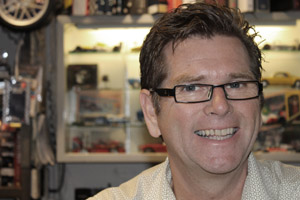 Ted Wilkinson
Ted was 6 years old when his older brother, Doug, came home with a yellow 1966 Mustang GT Coupe. Little did anyone know that the spark in little Ted’s eye would grow into a blaze of passion for ‘all things automotive’ years later. At the young age of  14 he learned to drive in his sister’s clapped out 1969 Volkswagen Beetle and with encouragement from his other brother, Bill, spent a good time of his youth at various car events - from taking in Formula 1 racing to watching drag racing rocket cars at Sanair in the Montreal area.
Ted’s love of automobiles and motorcycles eventually turned into a small business, selling old copies of Road & Track from his tiny apartment in Vancouver. Inevitably, he ran out of space (still a problem today), and had to open a storefront in October 1988. Ted continues his lifelong love affair with automotive literature and collectibles, and has amassed an extensive personal collection of automotive biographies. A rallyist and former mechanic, Ted has competed in local pro rallies in a well-preserved 250hp 1980 Toyota Corolla that took Taisto Heinonen to the Canadian National Rally Championship in 1980. His vehicle collection includes a 1967 Lotus Elan S3 DHC,1973 Porsche 911 S Targa  and a 1986 Porsche 911 Carrera 3.2.. 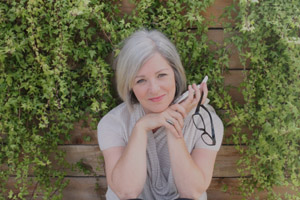 Lorraine White-Wilkinson
Ted’s better half is usually found tucked in the back of the store pushing paperwork along. She enjoys popping up front for a break from the computer and always has a smile for the customers.    Although you may not have met her, she has been a part of Wilkinson’s Automobilia since day one! Lorraine drives a 2005 Infiniti G35.